Cheers! Here’s to a bright future for Alberta’s distilleries

Cheers! Here’s to a bright future for Alberta’s distilleries

You can sip Alberta made spirits in at least one high-end bar in Tokyo and if Jonathan Butterworth has his way, soon you’ll be able to enjoy home-grown vodka, gin and whisky in lounges across Japan’s biggest city. With a population of 14-million people and a thriving local cocktail culture, Tokyo is a great opportunity for distilleries in the province, says Butterworth, manager trade and investment at Edmonton Economic Development Corporation. 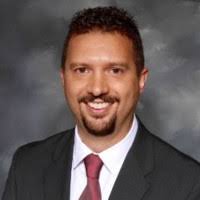 “There’s an incredible culture in Japan where people go to these very high-end bars for the best high-end, expensive drinks,” Butterworth says. “Especially in Tokyo there’s really a thirst for luxury goods from around the world. People are very sensitive — they want the best they can find. And when it comes to items for human consumption, they trust Canada.”

That’s why Butterworth and his colleagues at EEDC are in Tokyo and Osaka promoting Edmonton-area distilleries like Hansen Distillery and Strathcona Spirits.  “Japan is a great opportunity for high-end consumer products,” he says. “We want to position products from Edmonton in that sphere.”

There are about 34 distilleries operating across Alberta today, with dozens more on the horizon, says David Farran, head of Alberta Craft Distillers Association and the owner of  Eau Claire Distillery in Turner Valley.

“I think craft distilleries will continue to grow for the next year or two and then it will level off,” Farran says.  “You won’t see quite the same magnitude that you saw in the craft brewery industry. You obviously don’t get the same volumes in terms of the sales and it’s more expensive to build a craft distillery.” 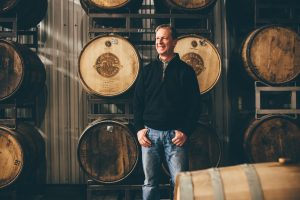 Recent changes by the Alberta Gaming and Liquor Commission (AGLC), the body that regulates alcoholic beverages in the province, require craft distilleries to meet stringent fire codes, adding significant costs to starting a distillery. “Essentially you have to have a four-hour fire rating, which means if it were to burn down it has to be contained for four hours so that means cinder block walls, fire doors and sprinkler systems,” says Farran. “Some are discovering that it’s quite an expensive venture to get into.”

So while there are new costs to starting a craft distillery, the market for the product here at home is growing. Statistics collected by the Alberta government indicate that, for the first time in recent memory, the sales of alcohol in general have been in decline, but sales of premium spirits are increasing.  “That goes to show that people are more interested in quality and less in quantity,” says Farran. “There’s a shift toward craft and we’re seeing that across the world.”

Spirits Canada, which represents the big distillers, reports that in 2018 vodka (including flavoured vodka) was the most popular bottle sold at just over 28 per cent of all spirits sales. Whisky is close behind at 27.9 per cent. Gin comes in at 11.2 per cent and tequila at 10.6 per cent. “It’s a very competitive,” says Farran. “There are thousands of products on the market and some are very well financed and owned by very large companies. Getting shelf space and distribution is difficult and getting market recognition and knowledge is a challenge.” 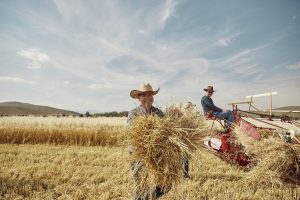 Getting quality ingredients is less of a challenge. Alberta’s craft distilleries avail themselves of the province’s premium grains — including corn, rye, wheat and barley.

“We source our two-row malt quality barley from Rahr Malting Co out of Alix, Alberta. They source directly from the local farmers,” says Jordan Ramey, COO at Burwood Distillery in Calgary.

That’s why quality grains from Alberta also make their way into bottles produced abroad. Distilleries in Scotland, for example, are known to use up to 80 per cent of Canadian grains in their Scotch whisky.

And as cocktail crowds in Japan seek out a taste of Alberta’s finest in expensive lounges, people here at home may visit a distillery’s “still pub” for a tasting. Albertans are “very supportive of local,” says Farran, whether they visit the premises for the on-site experience or go looking for their favourite bottle at the liquor store.

“The craft distillery industry supports so many things,” he says. “It’s a manufacturing business, it’s a tourism business that supports visits to the distillery and it’s an agriculture business, too, you are supporting sales of grains and botanicals and all sorts of things. It is the perfect business for Alberta.”

Jennifer Allford is a freelance writer based in Calgary, and is a columnist with the Calgary Herald and contributor to other newspapers and magazines. 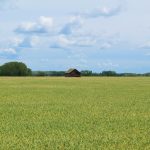