Count Dan Dibbelt as a believer.

Both organizations have signed on as members of the Plant Protein Alliance of Alberta (PPAA.)

Dibbelt took PPAA’s CEO Dennis McKnight and COO Alan Hall on a three-day tour of the Peace region, holding sessions for farmers, economic groups, elected municipal leaders and others interested in learning about the potential in the plant-protein market. Every session was well attended and there was keen interest in PPAA’s message.

The oil and gas industry is still king in the Peace region but there’s lots of agricultural land there, too. Canola is the No. 1 crop in the area, but Peace farmers also grow oats, wheat and hemp, even quinoa and flax. “You name it, they are willing to try it here,” says Dibbelt.

Moreover, because of the long summer days and the cold pest-killing winters, crops from the Peace region are recognized for their higher quality. Peace region oats, for instance, are heavier, whiter, and have more linolenic acid and Omega 3s. “You get more bang for less oat,” jokes Dibbelt.

What the Peace region does not have is plant processing (other than one small, highly regarded honey producer in the hamlet of Guy.)

“We always struggle in the northwest with the challenge of creating value-added because of our transportation issues,” says Dibbelt. Ideally, the northwest will eventually lure a small, world-class, value-added, plant-production facility, he says. But even if that doesn’t happen, working with PPAA will give farmers and investors information about opportunities and a network of connections to make business develop.

Hall and McKnight are putting a lot of mileage on their cars as they criss-cross the province talking to folks like Dibbelt about their vision for a strong plant-protein processing industry in Alberta.

They’re taking along membership applications for anyone interested in PPAA.

“It’s just plain door-knocking,” says Hall. “We’ve got a pretty good network of connections that we’ve built up over the last two or three years, and we will be talking to some of those companies and organizations, one-on-one conversations, about what services they’ll get if they become a member. We’ve got to have the personal touch.”

Members will have access to members-only events with business, science and political leaders, and will get help in connecting with investors, federal and provincial funders, and other business support. PPAA plans regular networking and education sessions, and will arrange trade missions to Europe and elsewhere, with members offered discounts to participate.

While an autonomous Alberta-based organization, PPAA has a strategic alliance that makes them the regional partner of Protein Industry Canada (PIC), a new group tasked with encouraging investment in plant protein and ingredient-processing across the Prairies, with an eye to selling globally. Federal officials are so convinced of the potential for this sector, they have committed more than $150 million in supercluster funding. PPAA and other partners in Saskatchewan and Manitoba have raised another $150 million in venture-capital funding and $200 million in industry funding.

PPAA was incorporated as a not-for-profit organization in May and its seven-member board has only been in place a few months. Now what the alliance needs is members.

The membership is intended to be broadly based, with representatives from companies, industry organizations, farm groups, regional economic development groups, the investment community, universities, colleges, municipalities, government officials and others.

“We want all these players at the table,” says Hall. “We think by putting a group like that together, then we might be able to get over some of the silo effect that we see in place now. Collectively, we can really push the development of the value-add piece of the agriculture sector.”

PPAA board member Corey Keith says the membership will be commercially focused. “We have structured our membership criteria so that it is people from industry, from the companies, who will have real control of the organization in terms of nominating board members and moving the project forward.”

Keith, a commercialization specialist who runs the consulting firm Keith and Associates, is working with Hall and McKnight on getting the word out about PPAA. One of his roles is to educate potential members about the enormous potential offered by investing in value-added, plant-ingredient processing.

“There’s going to be huge demand for plant-based protein as the world’s population grows and there is ample evidence that the plant protein wave is already happening,” says Keith.

“Is Alberta going to say: ‘We’re a beef-based economy and an oil-and-gas-based economy, we’re not going to participate,’ and let that go by us? We believe the demand for protein of all kinds will continue to grow and the question is are we going to ignore this generational opportunity? Or are we going to put some effort into this agri-value-added sector, getting some of the companies to come here, getting the jobs, the taxes, the wealth creation here in Alberta?”

The reception to PPAA’s message has been enthusiastic. “If we do an appropriate job of educating people and they understand what we’re really talking about, then they get it and they’re really excited,” adds Keith.

“Membership is a tool for engagement,” says Hall.

PPAA members are being asked to help get out the message across the province, building up a base of support and helping the organization secure long-term funding from the Alberta government and the federal government, through Protein Industries Canada.

PPAA is also looking for corporate sponsors who can help the organization grow by committing to multi-year financial help.

You can get more information about becoming a member of PPAA on their website. 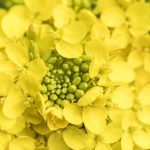 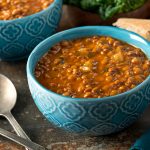