Engineer follows her heart to “unlock nature” with supercritical machine

Engineer follows her heart to “unlock nature” with supercritical machine

When Calgary engineer Diana Powers would hear about her company’s long-term plans for development, she couldn’t see herself in the picture.

“It was a great experience, but I wasn’t really feeling like I belonged there,” she said of her time at Shell Canada. Originally from Colombia, Powers had moved to Calgary after receiving a scholarship at the University of Calgary, completing her master’s degree and PhD at the U of C before going to work at Shell. “It’s a great company, but from my heart I didn’t feel it.” 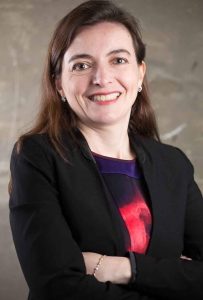 After a sincere talk with her brother, Powers changed course to pursue a passion held since her undergraduate days in her native Colombia – extracting essential oils from plants. In her tropical home country, she’d worked with abundant rosemary, lemongrass and citrus.

“We have a lot of natural products in Colombia and to get added value from them is a big opportunity.”

Today, as Powers gets further along her journey with extracts, she’s learning more about the potential of plants grown in Alberta and Western Canada.

In February 2017, she co-founded Aratinga Extracts, along with her brother and husband. The company is named for a colourful genus of birds found in Colombia.

“It’s like unlocking nature – using products from nature for something that’s going to have a benefit, or extracting something that was going to be wasted,” said Powers, 37, a mother of two.

After Powers made a trip to the United States to look at different machines, she and her co-founders invested about $80,000 in “supercritical” machine , which uses CO2 as a clean, efficient way to extract pure plant botanicals, hops and canabinoids. Her 10-litre, pilot-size supercritical extraction machine arrived in Calgary in November 2017.

The machine uses variable pressures and temperatures to render carbon dioxide into a state between liquid and gas. In this supercritical state, the element can flow through solids, such as plant material, like a gas, and dissolve materials like a liquid. At the end of the process, the extract drops off as the carbon dioxide vaporizes; the CO2 is collected and reused. Supercritical CO2 is having a bit of a moment right now, particularly in the cannabis-processing sector.

There’s even an International Society for the Advancement of Supercritical Fluids. And the University of Alberta is home to several experts in the technology, including Dr. Marleny Aranda Saldaña, who has been working with supercriticals since 1995. 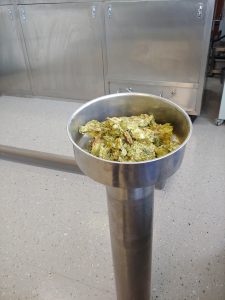 “One of the advantages of the technology is that you don’t need (high) heat, so it doesn’t degrade or damage the components from the plant,” said Powers. “Another advantage is that the machine doesn’t use solvents. The botanicals don’t come into contact with anything but CO2, so you get pure extract.”

Powers is currently using her technology on hops. From her first project with a homebrewing club, she’s found work on a contract basis with Calgary breweries who bring their hops to her for processing.

She said hops extract, a molasses-like product, is superior from both a taste and an economic perspective.

“When you use hops pellets in the beer you get this waste that has absorbed a lot of the wort,” she said. Wort is the precursor to beer. “A lot of potential beer goes down the drain.”

At Prairie Dog Brewing in Calgary, that wort-soaked waste, a byproduct called trub, is collected along with the brewery’s spent grain, for animal feed, said Gerad Coles, president and brewmaster at Prairie Dog. But it contains a lot of wort that could have been used for beer.

Coles has experimented with Powers’ extracts in two batches of beer and is pleased with the result.

“We didn’t lose any of the wort that would be associated with the hops addition. We definitely see a substantial increase in the wort coming out.” With tank space at a premium and profit margins tight, every extra glass of beer they can squeeze out of a batch counts. 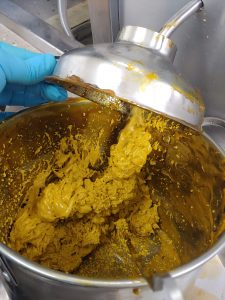 “You aren’t adding all the vegetal parts of the hops, the chlorophyll, the grassy flavour. You want the citrusy, piney, juicy, floral flavours, and the grassy component can give a bit of an off taste if it’s too much.”

Powers said the biggest challenge of selling to breweries is convincing them the extra cost of extract is worth it. Coles believes the added up-front cost is offset by waste reduction.

He also appreciates working with a local supplier.

“We’d heard about people doing it with the cannabis industry, but to have someone doing it for hops here in Calgary and approaching brewers, it was just the coolest thing ever.

“We’re big believers in keeping the dollars we spend as local as possible, pulling our circle of suppliers around us. The more of that we do, the more those dollars have a chance to take a road trip around the local economy.”

That kind of focus on staying local – to the point where people want to know the exact street their beer was brewed on – is part of the craft brewery movement.

Mike McNeil, executive director of the Alberta Small Brewers Association, said brewers are keen to embrace innovation while honing the age-old art of beer making. With 115 craft breweries in Alberta, they’re looking for ways to stand out from the crowd.

McNeil said Powers’ venture is an example of the economic spinoff being generated by the province’s craft brewery boom, from CO2 suppliers to jobs in small-town taprooms. 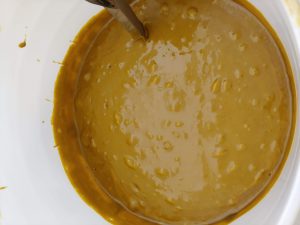 “One of the big advantages we have in Alberta is we’re tied to a world-class agricultural industry. We have world-class barley available to us,” he said.

“(Craft brewers are) sourcing local ingredients that they’re brewing into natural products that they’re serving to Albertans here. We are doing the processing here in the province, instead of shipping it somewhere else.”

Hops is only one product that has caught Powers’ eye.

She sees potential in using her expertise with supercriticals to make cannabis extract, though her understanding of the regulations is that she’d have to purchase another machine for use exclusively with cannabis.

So, she hasn’t made cannabis extract yet, but has had people come to check out her machine for that purpose, leading to her becoming an authorized agent and a consultant for the Chinese-made Careddi supercritical machine technology. She’s made one sale in Colombia so far.

Powers would also like to purchase a larger machine, with a capacity of 25 or even 50 litres.

Beyond cannabis and hops, there are myriad other plants with big potential for made-in-Alberta, value-added products, says Powers – crops such as sea buckthorn and rhodiola rosea, both of which grow in Alberta and are used in natural health products.

“There are a lot of flexible applications of the technology.”

Eliza Barlow is a freelance writer who works for many publications, including Taproot Edmonton, Avenue Edmonton, EnergyExchange, Journal of Commerce, techlife, BioZine and New Trail. 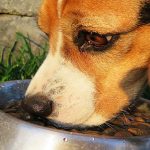