Brad Shapka grew up working at his father’s meat-processing company in Edmonton — but made a distinct shift when he co-founded the plant-based company GrainFrac. 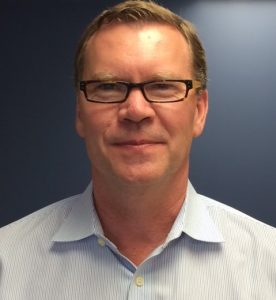 “I saw the movement from animal protein to the green sector as diversification and an area where I could incorporate new innovation and develop opportunities,” Shapka said.

GrainFrac’s foundation in 2014 was built on commercializing a new technology developed at the University of Alberta, called ACAPS, which enabled the company to fractionate, or break, grains into their primary components.

Originally the technology was used to separate and concentrate the fibre out of barley flour. That produced a functional ingredient called beta-glucan, which has been approved by the federal government to reduce cholesterol.

Shapka and his co-founder at GrainFrac, Professor Thava Vasanthan, are now adapting the process on plant protein.

“We’ve applied the technology in the space of fractionating pulses and seeds and grains, with a focus on concentrating the protein, because that’s where the current demand is,” Shapka said.

What sets GrainFrac apart is that its patented process uses less water and electricity than other means of fractionation. Since one of the main drivers for plant-based protein is sustainability, that factor is key.

“The constantly changing global dynamic and the issues we are facing will continue to influence that,” Shapka said.

Using less water and energy has allowed the company to reduce the cost of processing by about 29 per cent, which trickles down to affect the cost of plant-based products, like burgers, at the consumer level.

“Irrespective of what we feel about plant-based protein solutions going forward, the economic factors will ultimately decide how the majority of the industry will evolve and in order for it to become very mainstream, that cost reduction needs to be there … and sustainability,” Shapka said.

The need to build infrastructure to support plant-based protein opportunities like what GrainFrac is doing in Alberta is crucial, according to Shapka. To do that, there needs to be more capital investment.

“Alberta has some key resources. I believe that going forward, the businesses that succeed will be those that innovate,” he said, mentioning that some of the capacity currently dedicated to industries like oil and gas, could be reallocated.

“Part of the reason why we believe our technology is so desirable is because it supports the same productivity levels as other processes, with a lower capital investment. In essence, you need less infrastructure to produce the same output as using traditional technologies alone. The capital requirements are lower, but they’re still significant, so I think that’s probably the most critical area right now,” Shapka explained.

While capital investment is needed, the capability to manufacture infrastructure is here, leading Shapka to believe that “Alberta is going to be a very fertile environment for the development of this industry.”

GrainFrac, says Shapka, is eager to establish a market lead in with its plant-based protein initiatives. The demand and capability to produce is there and customers are secured — it’s just the infrastructure that’s missing.

“It seems to me that we have an opportunity right now to take what we already know and to allocate the resources to becoming a leader in plant-protein supply.”

If GrainFrac can secure capital investment, it plans to build out its team, develop the specific applications for two big customers in the U.S. and Canada, and start developing supply chains.

“These companies are all very eager to take product, but we need to quickly develop the capacity. We’re capable of doing it, we just don’t have the facilities to make the product on a large enough scale, just to meet the existing demand,” Shapka said.

“Market development is going to take a fair bit of work. To really maximize this opportunity is going to necessitate building a scale that is going to come close to having an impact in this massively growing marketplace.”

One of GrainFrac’s top priorities is to enter into a joint venture with another organization to build a pilot plant, which could be used to scale up its cost-effective technology.

Shapka is eager to make that happen sooner rather than later and said more collaboration within the industry is necessary to drive it forward.

“I don’t think that this demand for plant-based protein is going to go away.” 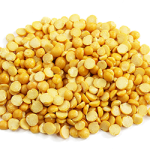