Hot on hemp: growth in food and CBD products to construction and car parts

Hot on hemp: growth in food and CBD products to construction and car parts

Hemp is poised to be a billion-dollar crop in Canada within the next five years.

“We’re pretty confident, given the interest in hemp for food, interest that’s developing in hemp-fibre products, interest that’s developing in hemp that’s grown as high-protein supplementation in livestock diets, and the opportunities coming for hemp-derived CBD. We don’t see there being any problem with hemp becoming a billion-dollar crop in Canada by 2023,” says Keith Jones, general manager of Rowland Farms and vice-president of the Canadian Hemp Trade Alliance. 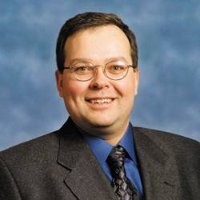 The unshackling of regulatory restrictions on the uses of the whole hemp plant is expanding the revenue streams for this versatile crop. Legislation that took effect in October 2018 allows the hemp industry to grow significantly as processors will be able to use the hemp plant’s leaves and flowers to produce CBD (cannabidiol), a product in demand for therapeutic and health products. CBD has no psychoactive properties, unlike THC which is extracted from hemp’s close relative cannabis.

Given its association with cannabis, hemp has only been legal to grow in Canada since 1998. In this country, the focus has been on hemp as a human food.

“It’s got a really healthy oil profile from a vegetable oil perspective and it’s got the perfect omega acid ratio — omega 3 to omega 6,” says Jones. “The protein profile of hemp is also outstanding from a nutritional perspective.”

He says the first food product was hemp hearts — hemp hearts are the inside of the hemp grain, or nut, as it is sometimes called. The protein-rich product can be sprinkled on foods such as yogurt or cereal and added to smoothies and other products.

Hemp is a field crop in Alberta, Saskatchewan and Manitoba. Rowland Farms, near Taber, grows 4,000 to 6,000 acres of hemp a year and is the largest producer of the crop in Canada, says Jones.

Rowland sells to five processing facilities across Canada. The farm has more demand than supply for its product. Rowland is an organic producer, which limits the number of acres the farm devotes to the crop.

Hempco Food and Fibre Inc, which is building a 56,000 sq. ft. plant in Nisku, is one of the processors buying organic seed, produced under its SAFE soil program to eliminate chemical pesticides and herbicides. 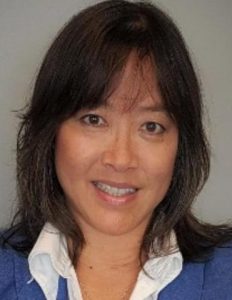 “As a result, we get this incredible tasting product. We’ve found a lot of consumers find our hemp hearts taste superior to our competitions’ product,” says Diane Jang, CEO of Hempco.

The firm, which is 52.5 per cent owned by cannabis giant Aurora, produces bulk hemp food products including hemp hearts, powder and oil (with the help of a co-packer) as ingredients for food manufacturers, and retail hemp hearts under the brand Planet Hemp.

“We also get by-products from processing, and we turn those byproducts into animal hemp supplements for the canine and equine markets,” says Jang.

But the hemp market is not only about food, as the industry moves into a model of whole-plant use.

Hemp stalks are used for a wide range of fibre products. The fibre is tough enough to be used for construction material, textiles and is even being experimented with as a material in car parts.

Hempco is headed into that fibre market, with half of its new processing facility slated to process fibre and half to food. The stalks from the bales of hemp plants will be turned into fibre and hurd, the inner core of the stalk, for sale to companies which do further manufacturing. The new facility will be up and running in 2019, says Jang.

Last October’s change in legislation making possible the extraction of CBD from hemp opens up an entirely new revenue stream for farmers and processors.

CBD, used by its devotees to help with sleep and reduce pain, is being studied other medicinal effects.

Hempco supplies hemp leaves and flowers to its strategic partner Radient Technologies, an Edmonton-based firm which used a microwave-assisted process to extract the compound. Radient is also an affiliate of Aurora, which owns 16.5 per cent of the firm. The CBD oil is then sold to Aurora.

Radient is another firm embarking on a major expansion as the hemp and cannabis industries take off. The company has for years used its proprietary process to extract various compounds from biomass. But hemp and cannabis are taking much of its attention now, says Mike Cabigon, COO of Radient. 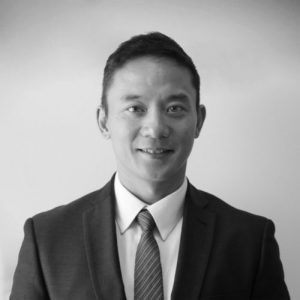 “We could see this was going in the direction where CBD was going to be a real desired output. We made the decision to dedicate a big chunk of our business and our physical assets to the production of cannibinoids.”

Radient’s current facility is 23,000 sq. ft. and the company is building an expanded facility in Edmonton that is 115,000 sq ft. and will have six to 10 times the capacity of their current plant.

Cabigon adds the firm is building the same size and design of facility in southern Germany.

Both facilities will be running by 2020, he says.

All this exuberant growth doesn’t come without some challenges.

Jones says hemp is easy to grow but hard to harvest because the fibrous plant is tough on farm machinery.

Jang says there are still technical details being worked out on using the whole plant.

And everyone agrees that more marketing and consumer awareness is needed, even on the well-established food side, where market penetration remains low.

“About three per cent of Canadian households have hemp either in the cupboard or fridge,” says Jones.

And in the U.S. it’s less than half a per cent of households using it, he says.

That is about to change, however.

In December 2018, the U.S. Farm Bill included the legalization of hemp, and provisions for its research, cultivation, transport and sale.

While that means there will be competition to Canadian hemp on the world stage, Jones is looking forward to the opening up of the American market and the consumer demand that will follow.

“We’ve had a 20-year start in knowing how to grow a really good crop in terms of the food industry. We’re comfortable Canadian hemp can compete favourably with the U.S. or hemp grown around the world.” 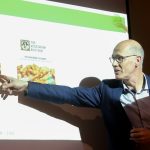 Setting up the Summit: ‘It’s all about grabbing the opportunity’2019, Article, Industry Stories 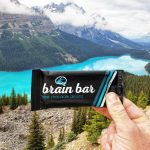