How do we measure sustainability?

How do we measure sustainability?

The term sustainable is tossed around a lot in the plant-protein world. Production of plant-based foods requires less water, less land and has lower carbon emissions, say advocates.

But how much less? Does it matter which crop is the source of the protein, how it is farmed, how far it travels to be processed, what processes are used in manufacturing the finished food products?

Gordon Bacon, CEO of Pulse Canada, is urging the plant-protein industry to come up with a detailed but understandable measurement of sustainability to allow consumers to make informed choices. 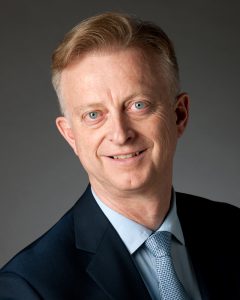 “Sustainability, in my mind, will do more to change the food industry over the next 10 years than anything else I can imagine,” Bacon told delegates at Plant Protein Summits organized by networking firm Bridge2Food between May 29 and June 5 in Saskatoon and Calgary.

“We want to insure that as Pulse Canada we’re going to be able to contribute to that discussion by making sure the databases and models start to push us to the limits.”

There are more than 16 measures of sustainability, Bacon said. A lot of them use measurements that only extend to the regional, national or global level.

But greenhouse gas emissions and water use can vary from farm to farm because of specific farm practices, including crop rotation and equipment use. For instance, crops grown in rotation with pulses have lower carbon footprints due to a reduced necessity for fertilizer.

“We want to ensure people and companies buying from Canadian farmers are using actual data from actual farms rather than generalized data,” said Bacon.

Pasta firm Barilla uses a consumer labelling system that is moving in the right direction, said Bacon. The label goes beyond greenhouse gas emission to cover water and ecological footprints. It takes into account cultivation of raw materials, production, packaging, distribution and differentiates on the impact between whether the pasta is cooked on a gas stove or electric range.

The product being measured is a pasta fortified with pulses.

“When we take into consideration Barilla’s inclusion of pulses with wheat-based product, the products have a different footprint,” said Bacon. “Because pulses don’t require nitrogen fertilizer they have a lower carbon footprint. It’s 43 per cent lower. Now we’re seeing the kind of variability we want to include in a sustainability calculation.”

And metrics must include what happens beyond the farm gate, he added.

“If we ignore that, we ignore ways we could find more efficiencies in milling and manufacturing.”

Bacon suggested one metric that could help consumers make decisions and assist governments in forming policy would be a nutrient carbon footprint score, that uses a measure of nutrients divided by carbon footprint to come up with a number.

Bacon also noted a paper released in May that suggests environmental footprint, as well as the net effect on health, be included in rating proteins.

For the food industry, sustainability is a marketing must, the plant protein summits heard. While health reasons are the primary driver, 21 per cent of all Canadians in a Nielsen study and 39 per cent of those trying to reduce meat in their diets in a Field Agent study say they consider the environment a reason to eat more plant-based foods.

Meat analogue firms are still bullish on their sustainability claims. Beyond Meat chief innovation officer Dariush Ajami told the summits that a University of Michigan study found the company’s 2016 version of the Beyond Burger used 99 per cent less water, 93 per cent less land and emitted 90 per cent less greenhouse gas in its production than beef patties.

Unilever Science and Technology Program Leader Michel Millema said in his company the brands which have sustainability at their heart are growing faster than other brands.

Maple Leaf Foods, a brand synonymous with bacon and meat in Canada, has also diversified into plant-based protein with its Greenleaf Foods division, and is building a $310-million plant protein facility in Shelby, Indiana. 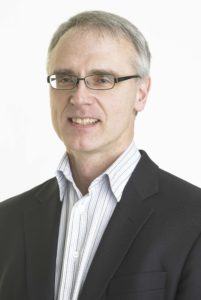 Maple Leaf is setting specific sustainability benchmarks for its business. The firm wants to reduce waste, water and energy, reducing its environmental footprint intensity by 50 per cent by 2025, said McAlpine.

He told the summits a number of sustainable trends are becoming evident in the food business.

Soil health and regenerative agriculture is a hot topic.

“How do we improve soil health with biodiversity and be able to tie your brand to that — working with nature to pull carbon from the air and sequestering carbon in the soil.

“Brands are now connecting their food to this regenerative agriculture opportunity,” said McAlpine.

An emerging challenge is going to be the issue of sustainable packaging, he said.

“You can say plant-based food is more sustainable, kinder on the planet, less water, less carbon, all these good things. But if we use plastic packaging, that’s a conflict in the brain of many millennials.”

A number of companies are making commitments in the area, looking at compostable, reusable and refillable options.

Like Bacon, McAlpine agrees that telling the story of sustainable is quite complex and monetizing a firm’s efforts is also not simple.

McAlpine says the efforts to be a more sustainable and values-based company will pay off, however, because reducing waste and lowering water use can lead to lower costs and more efficient production, and having those values also increases employee retention. 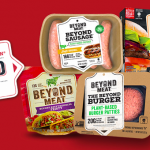 Beyond buzz — flexitarians are powering the growth in plant-based meat alternatives2019, Industry Stories 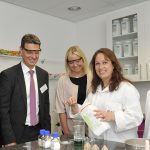