The Edmonton-based company sells cheesecakes and cheese shreds, and will soon launch a line of meat alternatives and expand into the U.S.

When Ahmad Yehya and his partner, Afaf Miri, started Nabati Foods in 2014, they set out to show consumers that it’s possible to eat mouth-watering foods and also live a healthy life. 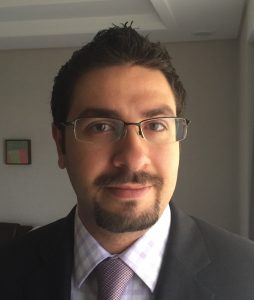 “It’s based out of passion for whole, plant-based foods. We started out making desserts that we sold at farmers’ markets and our vision is to inspire those that value their health to indulge in clean foods … and positively impact the climate as well,” said Yehya, president of the company.

At its core, Nabati Foods grew out of a belief that this generation has a responsibility to create a better world for the next generation.

“We saw that North American culture was so different than where we came from,” Yehya explained, who is Egyptian but grew up in Saudi Arabia before moving to Canada at university age. “You can still have amazing food whether you want to consume burgers or something else by incorporating plant-based foods.”

They started with desserts as they didn’t find many whole-food alternatives and they wanted to fill that gap in the market. Their first product line was a selection of dairy-free cheesecakes, including blueberry, chocolate, tiramisu and peanut butter. Cheese alternatives followed, with their current selection including cheddar and mozzarella shreds. Soon they will be offering slices as well. 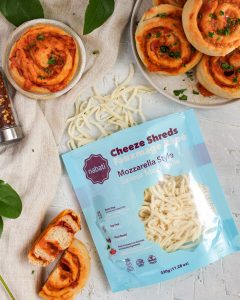 Their most popular product is the Nabati Cheeze Mozzarella Style Shreds, which they created to taste and melt exactly like dairy cheese.

The products are developed in-house and the team invests a considerable amount of time perfecting each recipe. They mostly use peas, nuts and coconut in their products.

“We start out with seeing what’s out there and what the consumer expects. Then we look at where the gaps are and try to make a product that bridges that.”

The focus is more about the process of making each product than the formulation and Yehya said they intentionally incorporated scalability into that.

As they’ve learned from each product line, they’ve improved their processes and gotten faster. While their cheesecakes took a few years to develop, their newest line was developed in a few months.

That line of meat alternatives is launching later this summer with chicken, fish and beef patties as well as ground beef. 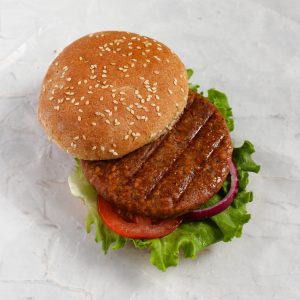 While companies like Beyond Meat have dominated that space in recent years, Yehya isn’t worried about his company’s ability to be successful.

“We develop our products to directly compete with them and position ourselves in a way that you’re not just buying a meat alternative but you’re supporting a Canadian company that creates jobs here.

“We’re trying to come in and position our unique brand in the market by also offering products that are not necessarily addressed by the big brands. We’re creating products that stand out from the competition.”

When the idea to start Nabati Foods was born, Yehya pooled his money with his wife Afaf Miri and his father to lease and renovate a 1,700-square-foot space in Edmonton that the company’s team of six is still using as their main production facility. But Yehya said they need a space three to four times that size to support growth in Canada and the United States. 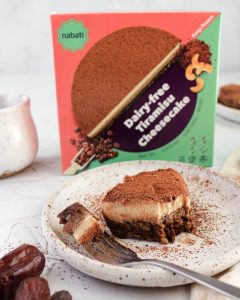 “We’re at a point where if we raise capital and resources, we can grow really quickly versus having to continue doing things ourselves and it would take much longer,” said Yehya.

Currently, their products can be ordered online and are available across Canada, mostly at Save on Foods and Sobeys/Safeway stores as well as many independents.

They’ve had to turn down opportunities because everything that’s being made is selling out and it’s been tough to keep up with demand. Looking forward, he’s working on getting Nabati Foods into five distribution centres in the United States.

Yehya is confident there’s nothing as unique as their products on the market and Nabati Foods will look to capitalize on that as it adds more plant-based foods down the line.

Update: December 2020 — Ahmad Yehya, along with business consultant Corey Keith, speak in this PPAA webinar Financing 101 about ways to get financing for your company

Update: November 2020 — Nabati Foods launches its plant-based meat alternative line and is named a portfolio company by Eat Beyond Global 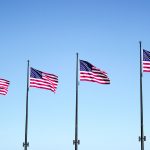 Opportunities with U.S. too great to overlook2020, Article, Industry Stories