In five years, Keith Jones wants to see half a million acres of hemp growing in Canada. 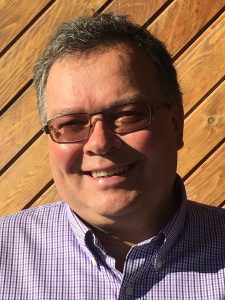 The general manager and chief financial officer of Rowland Farms knows that’s a bold goal, but thinks it’s possible for industry players to grow the market through collaboration.

“(Canadians) are good at getting our heads together to pursue opportunities,” says Jones. “If we can use that capability well, it’ll allow us to be global leaders.”

Rowland Farms, based in Taber, Alta., is one of the largest producers of hemp in Canada, producing around 4,000 to 5,000 acres of organic hemp every year.

The farm specializes in dryland and irrigated crop production of a variety of organic and conventional crops, including grains, oilseeds and pulses.

Jones says they sell directly to customers in the food-manufacturing industry, which means they can sell their products by specification as opposed to grade. It also allows manufacturers to have a relationship with the farm it’s coming from.

“That provides a lot of value to them and their customers, and so they pay us more for it,” says Jones.

In the past five years, the CFO has noticed customers have been asking for more high-protein crops and are willing to pay a premium for the protein in those products.

He is hoping to capitalize on that demand and help people in the food industry realize the “tremendous potential” hemp has in Canada. One of the ways Jones is doing that is through a new role at the Canadian Hemp Trade Alliance (CHTA). 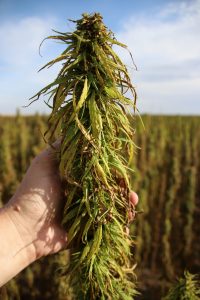 Jones was elected president of CHTA last fall, a group made up of innovators and entrepreneurs in the hemp industry, including Rowland Farms.

“Our members represent the entire value chain right from the farmers and the growers, the hemp variety breeders, the processors, the researchers and the people who market the products directly to end users,” Jones says.

The alliance is focused on educating and growing the industry, and Jones is at the forefront of that effort.

“We know hemp can be an incredibly valuable plant for food, for feed, for fiber and for fractions, or health products coming out of the hemp plant itself. Hemp crops in Canada right now total about 100,000 acres,” Jones says.

CHTA has several committees which are focused on developing global food standards for hemp, removing technical challenges to help the industry expand and working with the federal government to streamline regulations for the crop.

Hemp is currently considered a “speciality crop” which is regulated by Health Canada, but Jones thinks that should change.

“It really should be regulated by Agriculture Canada and be seen as a broad-acre agriculture crop. I really want to focus on helping get hemp recognized as a source of innovation for Canadian agriculture,” says Jones.

“We have been feeding hemp to people for 20 years, it’s very safe and very healthy. That’s … ridiculous,” Jones says, explaining that approval to use hemp as feed would have happened quicker if it was viewed as an agricultural crop.

“This crop could easily represent a billion-dollar industry to help Canada get to its target of an $85-billion agriculture export industry. But we’ve got a lot of work to do and a lot of partnerships to develop to make that happen.” 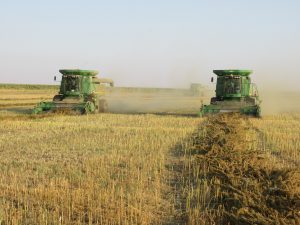 According to Jones, Alberta has largely underperformed when it comes to attracting companies who want to establish plant-protein processing operations.

“The plant-protein opportunity is really big and it’s been unfortunate that we haven’t been able to attract significant manufacturing investment.”

The carbon tax, the old Bill 6 labour requirements and electricity costs are all areas that have contributed to making Alberta less attractive to investors, he says.

“The good news is, it looks like there’s some companies that are starting to establish hemp fiber operations and they’re considering Alberta to be the place for that. There’s some really good signs out there but Alberta has been slow to make things happen to encourage industry investment,” Jones says. “The Alberta government’s increased focus on value-added agriculture announced in the 2020 budget is promising.”

Luckily, a recently funded project through Protein Industries Canada (PIC) could further expand the industry in Alberta which, in turn, may bring in more investment.

In 2018, PIC was awarded $153 million from the federal government through the Innovation Superclusters Initiative, which aims to strengthen business-led innovation and spark growth.

PIC made its first funding announcement in June 2019 to Calgary’s Botaneco Inc. Its project aims to commercialize a new processing technology which will help develop higher protein purity in crops like hemp and canola with novel extraction and seed-breeding technologies.

Botaneco Inc. teamed up with Rowland Farms and Corteva Canada to invest $4 million in the two-year research project, which PIC matched.

Without the collaboration through the project and the funding, Jones guesses it would take close to 10 years to complete similar research on their own.

“We can move now and hopefully have some proven research results that will help lead to building a protein-extraction plant within two to three years time,” says Jones.

“It will really take advantage of some of the plant-protein excitement and growth opportunity.”