Innovative entrepreneur, energetic networker aims to bring agri-food industry together: ‘It’s us versus 9B consumers’

Innovative entrepreneur, energetic networker aims to bring agri-food industry together: ‘It’s us versus 9B consumers’

Keith Driver is executive vice-president growth for Enterra Feed Corporation, the insect larvae company building a plant in Balzac north of Calgary. And through his family holding company Driver Projects, he and his wife Catherine are involved in several environmentally conscious ventures such as aerofodder.com, the aeroponic barley farm that can produce four tonnes of barley grass a day in 2,800 square feet of vertical growing space. Another venture produces 70,000 pounds of shrimp a year and aims to increase that to 140,000 pounds, all in a 9,000-square-foot indoor space in Strathmore. 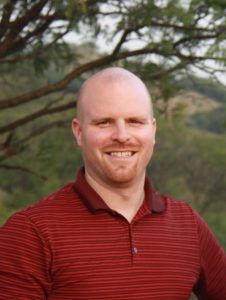 Driver is a passionate advocate of sustainable food production. He’s also an energetic networker, anxious to bring agri-food entrepreneurs together to collaborate and to help solve one another’s problems.

Even though his business ventures aren’t all directly related to plant protein, Driver is the kind of big thinker in Alberta’s agri-food industry that the Plant Protein Alliance of Alberta needs to include in its membership, says PPAA CEO Dennis McKnight.

“We only have a handful of businesses in Alberta that are really producing plant-based foods. We have a small group we’re working with, but we have a huge opportunity … We need a very big tent when it comes to PPAA and its global network,” says McKnight.

With its emphasis on whole-plant utilization and environmental practices, PPAA is focused on sustainability.

Enterra’s plant in Balzac will use food waste to raise its soldier fly larvae, a protein source for aquaculture, pet food and bird food. Driver says the plant, which is an expansion for the Langley, B.C.-based firm, has an opening target date of May 24.

Driver Projects, the family company, is working on a nine-acre indoor food campus in Strathmore. It’s already the site of the shrimp farm.

“We’re going to bring other tenants into that campus,” he says. “We have built a demonstration site for food production. We’re going to prove you can grow more value on that nine acres at the farm gate than you could grow on the quarter section (of open land) behind us.” 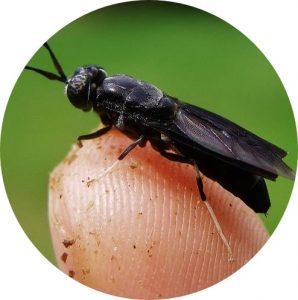 Individual food entrepreneurs will be able to lease space and save on expenses such as staffing and shipping by being together in one indoor campus, says Driver.

And there will be opportunities for more novel types of collaboration. For instance, a mushroom farm operation produces carbon dioxide as a byproduct which can be bought by vegetable producers to put into their crops.

That spirit of collaboration and building innovation fits in well with PPAA’s mandate, says McKnight.

He says Driver provides a good example of what can be done together. A small plant-protein firm looking for financing beyond the friends and family stage can get in contact with venture capital firms thanks to networking with bigger entrepreneurs like Driver.

PPAA holds a global business network session every quarter to allow that type of networking and problem-solving to occur.

Enterprises like Enterra, which uses food waste to produce its insect protein, and the food campus, which will allow useable byproducts from individual companies to be bought and sold on site, fits well into the PPAA mandate to improve whole-plant use which generates income from what would otherwise be waste. 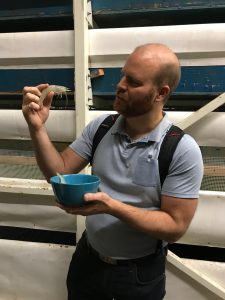 McKnight says Driver has already turned his attention to the question of improving toll manufacturing opportunities in Alberta. There is a shortage of manufacturing companies that do contract production work for smaller scale food entrepreneurs in Alberta.

“He took that and he jumped on that, and he’s now trying to help us find a way to build up toll manufacturing. It’s not his issue but he’s committed to build a network and to build opportunities,” says McKnight.

Driver says food entrepreneurs here need similar networking and collaboration opportunities to those already in place for the oil and gas and technology industries.

“The old version of that was Tim Hortons. All the farmers would get together every Tuesday morning in the winter at Tim Hortons and figure out what crops they should grow, what the mixes should be, what the fertilizer should be.

“It’s us versus nine billion consumers. It’s not a strictly competitive marketplace. The market is growing faster than we can develop technologies that can fill the gaps,” says Driver.

Having entrepreneurs working in close proximity and meeting and talking regularly should help solve some of their business and technology problems.

“If you network enough then the solution will pop out of the woodwork.”

Driver stresses he is not a solopreneur. “I’m an army of 60 not an army of one,” he says.

Kathy Kerr is a former business editor and deputy editor of the Edmonton Journal. 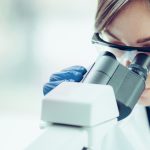 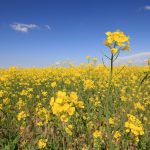