It's Lean and Bean

He spends 300 days a year jetting around the planet, giving 90 presentations annually on food-industry trends to multinational corporations, government agencies and trade associations. 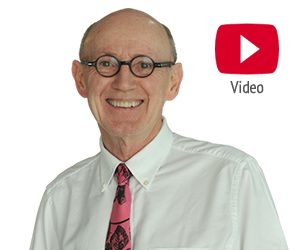 In his recent travels Professor David Hughes – also known as Dr. Food – has addressed everyone from the AsiaFruit Congress in Thailand and the International Macadamia Nut Symposium in Australia to the UK Cucumber Association and the corporate team that oversees McDonald’s global supply chain.

Whether the topic is millennial snack habits, the declining sales of global food giants, the growing demand for plant-based milk products or so-called “flexitarian” sausages and burgers, the Emeritus Professor of Food Marketing at Imperial College London ranks among the world’s leading authorities.

In a wide-ranging talk July 12th at NAIT, Hughes expounded for more than an hour on these and other global agri-food trends, and the related growth opportunities that are emerging for Alberta and the Edmonton region.

Here’s an edited snapshot of some of the key trends and observations Hughes highlighted in his entertaining, fast-paced talk:

On the outlook for meat products: While demand for plant protein will soar in coming decades, consumption of meat will also rise, as growing demand in countries like India more than offset weaker sales in the developed world. What we expect to see globally over the next 10, 20 or 30 years is very strong growth in meat demand. It just happens to be strongest in the emerging countries. So if you’re in the meat business, don’t panic.

On the ‘Westernization’ of food: In the Western World, people are sort of grumpy and say: ‘The trouble with food around the world is that it’s being Westernized.’ That’s a view people take when they see McDonald’s sprouting up or KFC. I just think that is not the case. I would suggest if the world is being anything-ed in food it’s more likely to be Asianized than Westernized. Just look at the products in our stores and how we eat in bowls and the importance of sushi and Thai food, and so on.

On growing food demand in China: China has 1.3-billion people, their incomes are increasing rapidly and you can see their diet changing. If the average Chinese person eats one more kilogram of any product, somebody has to buy 1.3-million tonnes of it to supply just that little hiccup in demand. Chengdu, the capital of Sichuan province, is China’s tenth largest city. It has the same GDP (Gross Domestic Product) as Norway and double the GDP of New Zealand. When people tell me they’re targeting China, I think: ‘Why wouldn’t you just target Chengdu for now?’

On chronic sales declines among Big Food companies: Of the top eight U.S food companies, all are in sales decline and there’s a whiff of panic. What’s gone wrong is they have failed to change their product portfolios. At General Mills they’ve had 10 straight quarterly sales declines. They’re desperate to try and find growth. Each of these big companies has a venture-capital arm that’s looking for high-growth companies to buy. So it’s a terrific opportunity if you’re in small- or medium-scale food companies. Money isn’t the issue. It’s, have you got good ideas?

On the growing ‘flexitarian’ food trend: It’s lean and bean which is essentially 50 per cent ground beef and 50 per cent beans. I defy you to tell the difference between that and full-on beef. You can’t. It’s higher in fibre, lower in fat, very tasty and cheaper than beef. There’s a big opportunity in pulse products in Alberta. Pulse products have been growing at 11 per cent a year compounded over the last four or five years. The rest of the food industry is growing at maybe one per cent. Ready meals are the top category for pulses and they’re being used instead of beef. Ice cream is actually the fastest growing category for pulse inclusion globally. Pulses add colour and flavour to pasta products, too. It’s a global trend. 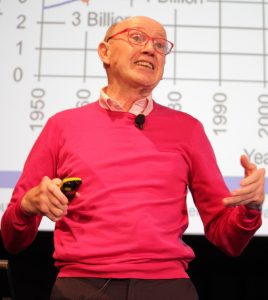 n the explosion of non-dairy dairy products: Between 2000 and 2016 per capita consumption of dairy milk beverages in the U.S. plunged 22 per cent. What’s picking up the slack is not conventional dairy but plant-based alternatives. In the UK, the only growth area in the dairy category is non-dairy dairy. You can see the big guys getting into this, like Coca-Cola with AdeZ, its millennial product for plant-based dairy-free smoothies, and Goldman Sachs, which invested in Ripple Foods, a company that makes milk-like drinks from yellow peas. When you see the big guys moving in you know it’s not a fad. They think it’s got some legs. You don’t think of plant-based milks as being hugely competitive with dairy but that’s another huge opportunity. You just have to be in there. Is it just the U.S. or the rich countries moving away from dairy? Not at all. It’s huge in China, too.

On the need for speed when targeting millennials: For those of you who read Roald Dahl’s book, Charlie & The Chocolate Factory, you can relate millennial consumers to Veruca Salt, one of the book’s characters. She was this young girl who would always say ‘I want it now. Whatever I want, I want it now.’ Today, for anybody under the age of about 30, if they want something they want it now. I was recently in Dublin and talked to the marketing director for Google in Ireland. Google had done research on how long millennials would stay on your website before moving on. They found that if you didn’t get your point across within three seconds you lost 52 per cent of prospective customers. And this generation has big influence. It’s now about 25 per cent of British grocery shoppers.

On the link between healthy food choices and beauty: Health is also about looking good. Nearly (42 per cent) of young shoppers (aged 18-24) in particular, according to a recent survey in the UK, are saying: ‘What can I do with my diet that will A, make me healthy, and B, make me more beautiful or more attractive?’ We’re actually starting to see some beauty foods arriving which have always been big in South Korea and Japan but have never in our own markets. But it’s going to happen.

On the most important global food mega-trend today: The No. 1 global mega-trend in my mind is this notion of ‘mindful’ choices. Consumers are asking: ‘What can I do when I’m making purchases at supermarkets, or wherever I’m buying food, that will be tasty, yummy and at the same time healthy for my family, healthy for the community, healthy for the planet and, to a degree, healthy for the animals?’ That is huge. I see that right across the world. If we went back 10 years ago, of all the new products launched globally, one per cent made some sort of ethical or environmental claim. Now, roughly a quarter of all new food products have an environmental claim.

On the growth of online grocery shopping: If I had been talking here 10 years ago it would have been all about big supermarkets like Walmart. Things have changed. Canada has been slow moving online but it’s coming. In South Korea, the UK or in mainland China it’s a big deal. In China 6.2 per cent of a population of 1.3-billion people are buying their groceries online. Five years ago, the big supermarkets said it’s not possible to do home delivery, you couldn’t possibly do it in a day. Now it’s an hour. By 2025 the share of online grocery spending could reach 20 per cent or $100 billion in annual sales. That’s equivalent to about 3,900 grocery stores.

On Canada’s growth potential as a marijuana / CBD (cannabidiol) producer: What’s the message? Just get on with it. Canada was first in line in regard to getting the regulations through. But people are looking at Canada in Australia and in Germany and in the UK and they’re saying: ‘We want a big slice of that.’ You need big players and to get the products through you need big money. You need to spend R&D money like the big pharmaceutical companies or the food-ingredient companies in Denmark. In the food industry globally less than one per cent of revenue is spent on R&D. For the pharmaceutical industry it’s about 14 per cent. For the specialty ingredient companies in Denmark it’s six to nine per cent. That’s big money and you need help. You need the universities and the research organizations, too. It’s a joint effort. You can’t do it yourself. So don’t miss the boat. You need to get on with it, or else those pesky Germans will take it. 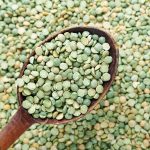 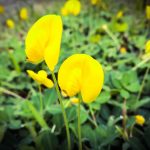