Research and science are key to today’s developments on the plant-protein front.

And Alberta’s post-secondary institutions are involved in exciting work on all aspects of the sector, including molecular, genetic, agronomic, processing and culinary research.

“As market demand increases there are more and more researchers. Eight years ago there was only three protein experts in Western Canada and now there are 10 to 15,” Walkey says.

“Alberta (research) takes more of a broader industrial and functional ingredient approach than (Saskatchewan and Manitoba).”

At the University of Alberta and at other post-secondary schools in the province, the needs of industry are kept in mind.

“The (U of A) program is designed to be 70 per cent applied research, 20 per cent basic research and 10 per cent analytical,” says Walkey.

“It’s primarily driven by industry projects and industry problems, so much of the research coming out of that program is at the pilot-scale level. It will be proven at the bench scale over the course of the project and then it’s scaled up. And at that point it will be transferred to industry for commercialization.”

With most post-secondary research in the plant-protein area funded by a combination of government and industry grants and contracts, it’s no surprise that commercialization is top of mind.

Here are examples from around the province of some of the plant-protein research that post-secondary institutions are doing.

Walkey says the U of A has worked with cereal proteins such as barley and oats as well as lentils, yellow peas and faba beans, and is looking at expanding research into oilseed meals.

“The program is designed to develop functional proteins that can be modified with various types of technology.”

Research has included the development of nano and micro encapsulates for pharmaceutical use, packaging, personal care and nutraceuticals.

“There is huge interest in replacing animal proteins with sustainable plant proteins and ingredients,” he says of current research.

The research team led by food scientist Lingyun Chen, a professor and Canada Research Chair in the Faculty of Agricultural, Life and Environmental Sciences, has identified several proteins “that have functionalities to replicate what eggs do in a product,” says Walkey.

“They do a lot with replacing dairy and egg proteins, which leads to the development of vegan foods whether they’re doughnuts or ice cream or muffins or angel food cake.”

U of A researchers have also been working with Northern Alberta Institute of Technology (NAIT) researchers to develop muffins and doughnuts.

“We need to do more consumer testing but we do have a commercial partner that’s interested in commercializing them, providing we can prove the supply chain and people want to eat them,” says Walkey.

Culinary Arts instructor Maynard Kolskog has his certification as a research chef. He is working with the U of A on those muffins and doughnuts.

“These (plant) proteins add essential culinary characteristics to the quality of the product. So lentil protein is able to simulate eggs really well in terms of foaming and emulsification but I found, too, when I was trying to add barley protein that it has an ability to hold on to moisture so then you have a flaky, moist doughnut.”

Kolskog also recently did a project with a firm called Oatdeal out of Saskatchewan making plant-based, soft-serve ice cream from pulse proteins.

“Chefs, with their experience, can add a lot to the development of new products and so when we go into a new project, whether working with gluten-free doughnuts or with soft-serve ice cream, I try to get it as close to or better than the original product,” says Kolskog.

NAIT is launching a culinary research centre which should be up and running in a year, he says.

Walkey describes NAIT’s applied research role as halfway between the basic research of U of A and the production research done at places like the Leduc Food Processing Development Centre.

The University of Calgary has some interesting plant genetic research underway that could improve a nutritious, gluten-free type of flour. Associate professor of biochemistry Dae-Kyun Ro is working with pea plants.

“The problem in pea flour is it includes a little bit of a bitter tasting compound called a saponin,” says Ro.

His research focuses on deleting the genes that are responsible for the biosynthesis of the bitter compound in order to produce a better tasting pea flour.

“The worry is: What if the plant produces the compounds for a defence mechanism? The flavour may improve but the plant’s physiology may be compromised so we don’t know what will happen until we make the plant.”

Because there is no transgenetic aspect to the research, Ro’s peas will be non-GMO.

Once he has his plant he hopes to set up a collaboration with the University of Saskatchewan’s crop development centre to continue developing the plant.

“We do a lot of work for companies on trials and input trials, a lot of herbicide trials this year.

Crops being tested include grains, pulses and canola.

Much of the research is done under service agreements with companies, but some companies come to Olds with early product prototypes, and the college will develop a research plan with them and execute the experiment.

“We are seeing, and this is anecdotal, a greater interest in pulse growing. A lot of people are interested in pulse proteins,” says Tiege.

“A researcher at U of A has the expertise and lab capacity, but he has no expertise or facility to grow out the plant and test them on a larger basis. The partnership works just beautifully because both parties are contributing something the other doesn’t have.”

At the University of Lethbridge Dr. Igor Kovalchuk was awarded a grant from the Natural Sciences and Engineering Research Council (NSERC) in 2017 for a project to genotype and breed new hemp varieties. Kovalchuk, in partnership with Terramax Ltd., is working on improving a variety of traits including seed yield, biomass, oil and protein content, disease and drought tolerance.

“Dr. Kovalchuk’s research focuses more generally on plant biotechnology, and, in particular, the transgenerational effects of stress and the microevolution of plant stress tolerance/resistance,” according to a statement from the University of Lethbridge.

Lethbridge College has an endowed research chair in irrigation sciences and an aquaculture centre of excellence. Dr. Kenny Corscadden, associate vice-president research, says although the college isn’t working directly on plant protein, some of its research, including work on organic fertilizer, nutrient optimization and bio pesticides, can be applied to the sector.

Dr. Willemijn Appels says her work at Lethbridge College on subsurface drip and variable rate irrigation, although tested on alfalfa and potatoes, would also apply to crops such as pulses.

This story is first in a series on post-secondary institutions in Alberta: 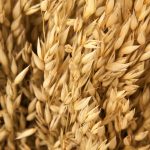 Criss-crossing the province to sign up members2018, Industry Stories 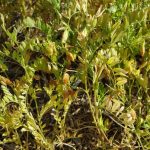