The new CEO of the Plant Protein Alliance of Alberta started out as a farm boy in Taber.

Dan Brewin’s life and career has been all about agriculture, from retail to strategic management to ag-tech. He has worked for giant prairie enterprises including Richardson, Agrium and UGG.

And now, at the helm of PPAA, he is happy to concentrate on his long-held passion for promoting the value-added side of agriculture. 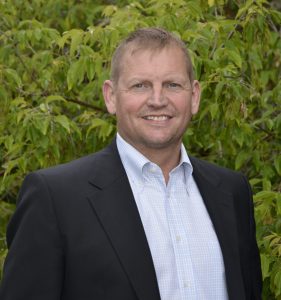 “We can produce the crops and we’ve proven that year over year. But we haven’t been keeping up with the pace of processing to keep some of that extraction and value-add here in the province, meanwhile reducing the carbon footprint,” says Brewin.

Allison Ammeter, chair of PPAA, says the board is excited to welcome Brewin.

“The plant-protein industry in Alberta has incredible potential to grow and to thrive. And bringing on a new CEO of PPAA brings us fresh vision, fresh strategy and fresh excitement.”

Brewin replaces Dennis McKnight in the CEO role. McKnight will stay on as a strategic adviser.

“Dennis McKnight is a passionate networker and plant-protein advocate, and he has worked tirelessly to build a strong foundation for PPAA,” says Ammeter.

Brewin plans to continue in the collaborative tradition.

“PPAA is all about connect, learn, share with our membership. Dan Brewin is exactly the CEO we need to help us to do more connecting, learning and sharing,” says Ammeter.

Brewin plans to contact as many PPAA members as possible as he settles into his new role.

“I want to reach out and I want to make sure they all feel welcome in contacting me if they have specific things they want to bring up.”

Brewin grew up on a mixed irrigation farm.

“We grew the typical wheat, barley, canola and alfalfa, but we also grew potatoes and sunflowers.

“And we also raised beef cattle.”

Brewin spent some time in the seed business in a division of the United Grain Growers called Proven Seed. He went on to BASF “in the crop protection world.” He joined Richardson in Calgary, was transferred to Saskatchewan and eventually the head office in Winnipeg, moving through positions from regional crop inputs manager to a marketing role as manager of business information.

“I got to participate as they took on Canbra and I got to be part of the study when they looked at building the new facility at Yorkton.”

He returned to a short stint at Proven Seed, then went on to run a livestock retail chain called Horizon Livestock. A job with Agrium brought him back to Calgary. And he also spent some time in ag-tech, heading up an organization in the digital world.

Now he and his family live on an acreage near Black Diamond. He has a wife and three children, a son and two daughters. The kids are university age, says Brewin. His son is in power engineering and one of his daughters is hoping for a career in law specializing in agribusiness.

On the recreational side, Brewin and one of his daughters are members of the Black Diamond polo club. His son played hockey and his daughters were competitive ringette players.

The PPAA position has a special appeal for Brewin. He had been made familiar with the alliance through his extended family in southern Alberta, which is involved in plant-protein production, including hemp.

“If we look at the demand, in terms of protein, to feed the world and if we look out 30 years the global population is expected to peak at 10 billion people by 2050ish. That’s a lot of extra food, a lot of extra protein, we need to produce.”

And for Alberta the great opportunity is also in secondary and tertiary processing and whole-plant utilization, says Brewin.

“The current government has a stated objective of increasing value-added processing by $1.6 billion,” he says. “The Plant Protein Alliance of Alberta is a means to help them achieve that.

“Collaboration is key. Obviously, we’re not going to be able to do it without raising the profile (of plant protein) to ensure we have continued investment.”

Brewin admits in the time of COVID-19 networking and collaboration will have to take some innovative forms.

“It can still happen, we just need to figure out different ways.”

In terms of his new job, Brewin says he wants to quickly get up to speed on the long-term vision and strategy of PPAA.

He also hopes to diversify the alliance’s sources of funding.

“And I need to understand what the membership is looking for.”