Food security is uppermost in people’s mind at this time. Supply chain issues and container shortages during the pandemic highlight the advantages of processing and manufacturing food products closer to where the bulk commodity is grown, says Allison Ammeter, chair of Plant Protein Alliance of Alberta and a veteran of several commodity organization boards.

“The more of your processing you do at home, the more you insulate yourself from supply chain problems,” says Ammeter.

Alberta crops that ship by container have had problems during the COVID outbreak. Containers that usually arrive from China with finished goods and return to Asia with exports from the prairies such as pulses have stopped moving as the Chinese economy has declined.

“We had 36 blank sailings between Jan. 1 and March 31 where ships were supposed to show up filled with containers and there was no ship,” says Ammeter.

On the manufacturing side, she cites a hypothetical example of a food manufacturer in Denmark depending on a bulk commodity from Canada, processed in China, shipped back to Denmark and then combined with smaller quantity ingredients from three other countries. Disruptions anywhere in that supply chain would put the manufacturer at risk, she says, so it makes more sense to locate processing and manufacturing close to where the product’s main ingredient is grown. 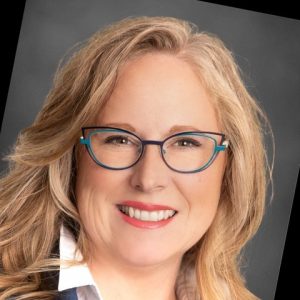 Leanne Fischbuch, executive director of the Alberta Pulse Growers, says farmers have been fortunate this year as demand has increased for some crops, including dry beans, lentils and peas.

But she also cites the container challenges for bulk commodities. China is the number one market for Alberta peas.

“There’s quite a bit of our product that moves by container and we’re having container logistics challenges right now,” says Fischbuch. There aren’t a lot of containers coming into Canada because of shutdowns in China.

“It would be great to have another (processing) option established,” says Fischbuch. “It would be ideal to have both export buyers and domestic buyers.

“There might be somebody who’s just ready to take an opportunity…if they have the money to do it, it could be a great opportunity right now to get established.” 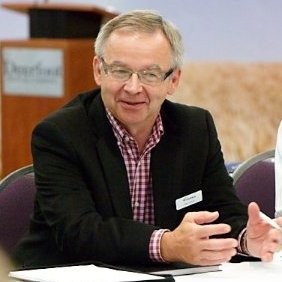 Tom Steve, general manager for the Alberta Wheat Commission and Alberta Barley, doesn’t see a COVID-produced slowdown in the global economy as being a hindrance to investing in value-added processing in Alberta.

“I think investors are always a little bit ahead of the curve…They’re not building for today but down the road.”

In the past, increasing value-added agrifood processing and manufacturing in Alberta has been a slow process, the farm commodity groups agree.

Steve says the companies involved in processing must see the economic argument for establishing Alberta facilities.

“What are the economics of processing at home versus exporting the bulk commodity?” 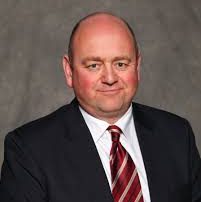 When it comes to the local value-added continuum, canola is a bit farther ahead than some other commodities, he says. About half of the Canadian canola crop is processed locally through crushing and there are large crushing facilities in Alberta.

Having that domestic capability has helped canola growers through some market disruptions, including trade issues such as Canada experienced with China, says Toma.

“Canola seed was not being purchased last year by China but canola meal and canola oil were still being purchased by the Chinese. We’re moving the value-added product there to the best of our ability.”

Steve says wheat farmers in Alberta excel at exporting their raw commodity, successfully competing globally despite being farther from tidewater than just about any other wheat-growers on the planet.

And that makes the economic argument for processing locally tougher. But he agrees the wheat industries need more opportunities for processing here on the prairies.

Alberta already has some substantial flour mills and the Husky plant in Lloydminster takes 350,000 tonnes of wheat for ethanol production.

“We understand the provincial government has some plans in place to encourage shovel-ready projects coming on in the value-added side of things so we’re excited to know more about what exactly that entails,” says Fischbuch.

Details of the government strategy announced in February are slim so far, but Agriculture Minister Devin Dreeshen has said the goal is to attract $1.4 billion in investment over four years in value-added agricultural processing.

What is the role of commodity commissions in pushing for more value-added processing and manufacturing in the province?

Fischbuch says pulse growers use levy dollars to invest in research into how pulses can be used in a variety of products.

“Now you can see companies putting pulses in meat analogues and pastas and bakery products. It’s exciting seeing more and more things available to the consumer.”

She says there is an increasing number of value-added enterprises on the prairies, with French pea processor Roquette coming into Manitoba and some facilities in Saskatchewan.

“We have a great primary product to add into the value-added processing stream whether it’s flour production or fractionation. In some ways, we’re wondering why it hasn’t taken hold in Alberta yet,” says Fischbuch.

For his part, Steve says encouraging the value-added sector requires an easy regulatory environment, access to water and a healthy labour pool to attract facilities large enough to handle a large amount of grain.

“Ultimately, the companies that invest in these types of things have to see an opportunity and then they lobby government for the regulatory regimes they need. The economics have to be convincing.”

On the barley side, the growth in a homegrown value-added brewing industry has proven constructive.

“I think there was a time in the last few years when barley was in decline because it’s a little harder crop to grow,” says Steve. “There’s been a renaissance in barley and I think part of it is the appeal of the craft brewing industry.

“We have our Alberta barley logo on some of the company cans so it elicits pride in the grower.”

There are at least two farms that grow and malt barley on site, says Steve.

“They’re significant barley growers and they malt the product and they sell the malt to the brewery industry, so that’s a pretty cool story line.” 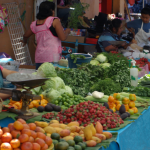 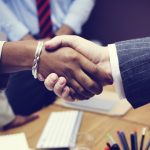