And no matter the health and environmental virtues plant protein might have, entrepreneurs selling to the food-service sector must remember that cardinal rule.

Sandi Hester, senior director of marketing for food distributor Tree of Life, talked to restaurant chefs about their sentiments on plant-based foods and imparted the results to the recent Bridge2Food protein summit in Calgary. 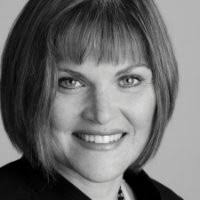 Chefs are interested in new plant-based menu items, said Hester. They are environmentally conscious and want to create new experiences for their customers.

But even when naming a product, entrepreneurs have to follow the cardinal rule.

“Ultimately, you want to reassure them it’s vegan or vegetarian, but it’s not vegan bacon, it’s maple bacon benedict, with a little asterisk or a little ‘v’ beside (the name.)”

Taste, texture and satiation are the top requirements for food products heading to restaurants.

Restaurants and fast-food outlets must provide vegan and vegetarian alternatives, and everyone is in the hunt for the growing market.

One in every crowd

“What are chefs saying? They’re saying ‘there’s one in every crowd.’ One-third of consumers are looking for healthy choices at fast-food outlets and 25 per cent are looking for more plant-based options,” said Hester.

“That means that most parties coming in to dine with four in the party — one’s going to want a plant-based meal. If (restaurants) don’t offer that, they’re going to lose the entire group.”

The gatekeepers of what those restaurants offer are the chefs. Hester had more advice for food companies looking to make an impression.

Products should be genuinely healthy with clean labels, short ingredient lists and low sodium, she said.

“The chefs I spoke with that were excited about the plant-based segment were also excited about being authentic. They didn’t want anything on the menu that wasn’t healthy.”

They also said they don’t want another burger or patty. Another vegetarian burger on the menu doesn’t cut it for chefs who want customers to come back and have variety.

And even though they want something different, it can’t be too different. New products must have some familiar flavour or familiar form so customers can relate to them, said Hester.

Hester warned startup entrepreneurs to have a plan for scaling up their product for multiple clients.

“If you’re servicing one customer out of your truck that’s an entirely different business model than if you want to go national and need the help of others.”

Packaging is another issue. Chefs are most interested in single-serving packaging for plant-based options.

“They want portion control, so the single serve — they open one, they make one — is very important to the restaurant in terms of measurements. And a lot of times these plant-based options are specialty. They’re not the main drivers in their business, so they don’t want a big bag,” said Hester.

But too much packaging is a turnoff for chefs. And they veer away from over-processed plant-based foods.

While Hester’s chefs may be looking beyond the burger, consumers are still interested in them.

A&W’s plant-based Beyond Burger, launched in Canada last year, is being credited with increasing the fast food restaurant’s same-store sales by 10 per cent in 2018, said Ihab Leheta, Beyond Meat’s director of international sales.

“A&W did a great job of promoting Beyond Meat,” Leheta added. The Beyond Meat brand has higher brand recognition in Canada than in the U.S., he said.

The acceptance of more plant-based foods is rising in the American restaurant trade as well.

Marie Molde, food industry expert for menu research firm Datassential, presented the Calgary summit with data on increasing vegetarian burger popularity in the States. The fastest growing burger patties in restaurants in the U.S. today are chickpea burgers, followed by quinoa, she said.

Data also shows that 54 per cent of diners would be willing to try burgers made from a blend of meat and plant protein, said Molde.

Another trend Datassential is tracking is the rise in global flavours. That trend speaks to an increase in interest in lentils, which are popping up in restaurant savoury bowl offerings.

“Middle Eastern is a hot cuisine and lentils had positive growth as an ingredient of three per cent over the past couple of years.”

Lentils are predicted to have continuing growth, particularly in the fast-casual restaurant sector, Molde added. 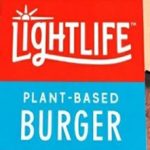 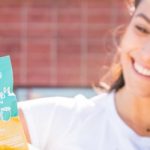