Opportunities with U.S. too great to overlook

Opportunities with U.S. too great to overlook

However, American market also carries risks for plant-based entrepreneurs looking to export south of the border

The United States market is too big, too close and too rich to ignore for plant-protein sector businesses seeking an international opportunity.

The market with 10 times Canada’s population is naturally top of mind, accounting for $4.68 billion of Alberta’s agrifood exports in 2019. The recently signed Canada-U.S. trade pact, CUSMA or the new NAFTA, continues the ease of doing business between the two countries.

The rewards of doing business with the U.S. can be great, government and business experts agree. But Alberta businesses still must do their due diligence and avoid the risks inherent in such a close bi-national relationship.

Focus in the US 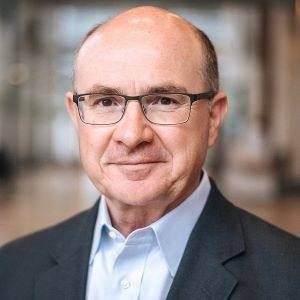 The U.S. is a rich and diverse market, and a shotgun approach can leave beginner exporters spread too thin.

“When we talk to companies we advise them to be focused and choose the region or the area,” says Dusan Rnjak, acting manager Americas and Europe for Alberta Agriculture’s international market development arm.

The Pacific northwest is a promising market, close to Alberta and requiring only a day and a half of shipping time, Rnjak says. The Pacific southwest, including California and Texas, is home to big food chains and retailers such as Safeway, Trader Joe’s, Sysco and 7-11.

The Midwest is a good spot for ingredient suppliers because of the presence of major food-processing companies, including Cargill, Conagra and General Mills, he says.

Botaneco, a Calgary firm producing plant-based ingredients for the personal-care market, chose to put its sales office in New Jersey.

“There’s a lot of personal-care companies centred in the northeast of the U.S. — especially in that New York-Philadelphia corridor — so it’s a rich environment for a customer base,” says David Dzisiak, the company’s chief operating officer.

And many of the players in the U.S are big, too.

Christina Connelly, trade commissioner at the Canadian consulate in Minneapolis, says prospective exporters have to bear in mind the size of the client they are targeting and whether they have the production capacity to handle that customer’s demands.

“You don’t want to have a conversation with a major buyer, find you can’t fulfill the need, and then that conversation is over,” says Connelly.

Some companies might want to aim for a smaller customer than a General Mills, rather than run into the capacity issue, she suggests.

They could consider a smaller retailer as a sales target or try the broker or distributor route to capitalize on their knowledge of the market. 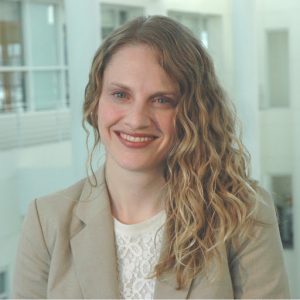 Connelly’s region, the upper Midwest, has some special draws for Alberta plant-protein businesses. The Canadian consulate there spearheaded the Protein Highway initiative which developed into a non-profit association of business, academic and government interests providing research and collaboration services for agrifood players on both sides of the border. PPAA is a founding member of the Protein Highway.

Minneapolis is also home to the Plant Protein Innovation Center at the University of Minnesota, a bi-national centre that does industry-led research. 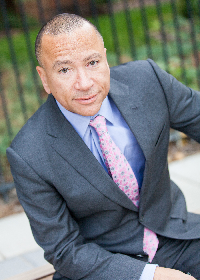 Such close relationships are natural given the CUSMA trade pact and the ease of movement over the Canada-U.S. border.

The agreement can also promote the flow of American money for Canadian businesses looking to develop and expand.

“When you have a really robust trade agreement that’s been in place for decades and has now an improved document on the books, it sets the stage for confidence in terms of foreign direct investment,” says Connelly.

The COVID-19 pandemic has only emphasized the integration of the American and Canadian markets. Cross-border food trade experienced relatively few disruptions despite the pandemic.

“There’s been a greater and more urgent need to know where your food comes from and for processors to bring their supply chains closer to home,” says Connelly. “I’ve had distributors tell me ‘We are trying to get our stuff closer because this was scary.’

“In the short term, and maybe the long term, there is an increased desire for North American sourcing and processing, which in the plant-protein sector can be a benefit.”

But that close bond also carries risks, says Carlo Dade, director of the trade and investment centre for the Canada West Foundation.

The U.S. is a great market, Dade says, but it shouldn’t be the only market on the minds of plant-protein entrepreneurs.

“How about we do work on the front end while we can to not lose the easy opportunities in the U.S., but at the same time not be so lazy as to fall into the dependency trap?”

Dade argues a protein superhighway between Canada and the U.S. is good, “but you absolutely need a super seaway with Japan and a protein super airbridge to Europe.”

The Donald Trump administration and the imposition of punitive tariffs against some Canadian commodities revealed some of the risks associated with trade with the U.S., Dade adds. Through the International Emergency Economic Powers Act, the president can cut trade instantly.

Lobbyists and farmer interest groups have seen that power exercised, says Dade. While a Joe Biden administration might be less inclined to use those tactics, U.S. pressure groups now know the option is available, he notes. 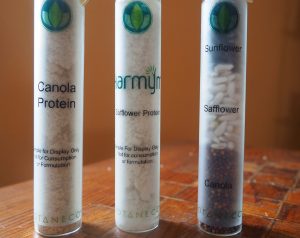 So far the plant-protein sector hasn’t been subject to that kind of disruption. And export is a necessity for any agricultural or agrifood business in Canada, says Botaneco’s Dzisiak.

Botaneco manufactures natural oilseed ingredients for personal-care products such as moisturizer and sunscreen. The Calgary firm is in the planning phases of developing products for human food and animal feed.

Dzisiak is an advocate for businesses entering the U.S. market to have their own representatives in the country, rather than relying on a broker or distributor. His firm, which employs 24 people total, includes a three-person office in New Jersey offering sales and technical support services.

Dzisiak says having staff in the U.S. has made a great difference during the pandemic.

“With COVID if we hadn’t had that office (in New Jersey) we wouldn’t have been able to do anything in the U.S. … Having that team down there has been critical to maintain what we’ve been doing and to try to maintain our business development activities.”

He also recommends companies take advantage of the many cross-border groups and Canadian initiatives related to plant protein that have developed in recent years.

“Anytime you can get a group of like-minded individuals who want to advance these agendas it’s really valuable in terms of opening doors and meeting people. You never know who you’re going to meet.”

Rnjak says Alberta Agriculture’s international marketing staff can help ease the way for Alberta businesses. Some companies reach out for introductions to the Canadian trade commissions in the U.S., some join trade missions to the various regions and Alberta Agriculture can also help with trade show opportunities.

The leading show for Canadian plant-based products is the Natural Products Expo West in California, he says, and there are trade shows in Nevada and Chicago aimed particularly at ingredient firms.

COVID-19 has interrupted trade shows for now but generally they are ideal for launching new products and companies, says Rnjak.

This story is part of a series exploring the relationships and opportunities with trading partners. Previously:

The U.S. and Alberta 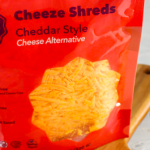 How Nabati Foods is carving out a spot in the plant-based food market2020, Article, Industry Stories
PPAA Webinar: Chickpeas and All Your Pulses2020, Resources