Alberta’s current trade with Denmark is modest, but there is potential for plant-protein partnerships with this agrifood powerhouse, say export and business experts.

And there is much for the sector to learn from how Denmark builds collaborations for food innovation and productivity.

At the moment, Denmark is Alberta’s 14th largest export market, says Dusan Rnjak, Alberta Agriculture and Forestry acting manager for international market development. Most of the $2.3 million in agrifood export is in pet food.

But there are steps into interesting partnerships. Edmonton-based Aurora Cannabis has completed the first phase of a joint venture cannabis plant with Alfred Pedersen & Søn in Denmark.

Further afield in Canada, Danish companies have made investments in branch plants. Saskatoon is the site of a division of Novozymes, an innovative Danish food enzyme producer. Danish dairy giant Arla has facilities in southern Ontario. 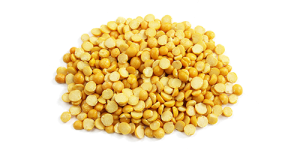 Like many of their European neighbours, Danish agrifood companies are accelerating activity in the plant-protein sector. Danish Crown, one of the world’s biggest meat producers, for instance, is setting up a plant-based protein division.

Søren Madsen, who has spent decades in the Danish food industry and is now a manager at the Agro Food Park in Aarhus, Denmark, says the sector is focusing on all aspects of alternative proteins.

Danish Crown, as an example, has a blended product — half animal and half plant protein — that is very popular in the country, Madsen says.

And Belgian processing firm Cosucra is building a US $38-million pea-processing plant in Denmark.

Rnjak says Denmark and Europe, in general, are a promising market in terms of the mounting consumer demand for plant protein. Alberta’s peas, which are low in allergens and non-GMO, could stand out in the market.

He adds that plant protein is still a developing opportunity.

“If we are able to build the infrastructure and get more product processing in Alberta we will be in a better position,” says Rnjak.

Sustainability and Denmark’s determination to reach net zero carbon emissions by 2050 are also factors in favour of plant protein.

“Denmark is trying to set some very ambitious goals for reduction in CO2 emissions,” says Madsen.

“Arla Foods, our main dairy company, and Danish Crown, our main slaughterhouse, announced in 2050 their production will be carbon neutral.”

Industry and government are working hand in hand on innovations to that end.

Madsen says, for instance, that Danish scientists are working on an ingredient to add to cattle feed that will reduce the methane livestock emits.

“We are very serious about net zero.”

Jakob Schmidt, Canada’s trade commissioner in Denmark, says the need to act in terms of the sustainability agenda and the climate change agenda is a very strong driver in the Danish market.

“It’s very important to understand that entering the market,” says Copenhagen-based Schmidt. “It’s not just the consumers changing their behaviour, it’s also a drive in the companies.”

Businesses seeking partnerships have to be ready to answer sustainability questions, he says.

Jan Laustsen, director of the Danish Agriculture and Food Council, agrees. Anyone wishing to do business in Denmark should have the carbon issue in mind.

“We have a very demanding home market. They expect us to live up to all the expectations.”

“If we are clever enough it also gives us opportunities because we will be able to document a different kind of production which will give us a premium,” Laustsen adds. 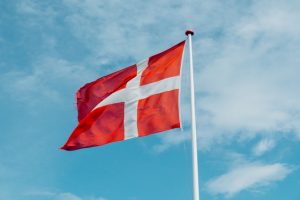 For Canadian firms CETA, the Comprehensive European Trade Agreement, is an advantage when working in Denmark, says Schmidt. And Denmark, through the trade alliance, can be a gateway to the Baltics, Sweden and Norway as well, he adds.

Schmidt says Denmark is very pro-CETA and it is spurring trade in new categories, allowing a more diversified group of products into the country.

On the investment side, Rnjak says CETA may spur big food-ingredient companies to consider setting up plants in Canada.

“Alberta could be a destination where they could put up these facilities. We also have potential trade agreements with the United States and Asian countries. We are in a great position to attract these companies.”

But a trade agreement doesn’t completely smooth the way for Alberta firms seeking supplier relationships with the Danes, warns Schmidt.

“We don’t see Danish companies switching suppliers easily, especially in food and agriculture. Just because you come in with a low price, you’re not going to switch over the supplier. The buyers stick to the trusted relationship they know, so we advise patience,” says Schmidt.

There is a learning curve required as well. While the Canadian and Alberta brand are strong in Denmark, the details of what Canada, and Alberta in particular, have to offer aren’t always so well known.

“Everybody likes Canada but they really just don’t know why all the time,” says Schmidt.

The Canadian Trade Commission can help with that, he says, offering advice on labelling and export requirements, organizing tours for larger trade delegations, and helping with trade shows and conferences. 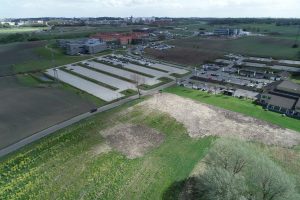 Everyone in Denmark uses the same phrase when asked about the well-developed culture of collaboration that exists in the county: “It’s in our DNA.”

Schmidt says the co-operative agrifood movement of the 1880s which sparked Denmark’s giant dairy industry from the collaboration amongst many dairy farmers is a starting point to the modern system.

The size of the country is also an asset, he adds.

“The experts know the scientists; the industry associations know each other; the connections to lawmakers are also pretty tight.”

The Agro Food Park at Aarhus is an example, he adds.

The park, home to more than 80 companies and 1,250 people, is set up to spark innovation with major food producers working together to build collaborations with smaller companies, startups, post-secondary faculties and highly specialized students.

Schmidt says large companies benefit from small firms challenging them to innovate. Suppliers follow the big players abroad. Farmers often belong to several co-operatives, not just the ones for their specific commodity.

Laustsen says he thinks such a pattern can be followed here despite the distances between companies and producers.

“It’s not really that you have to be there physically … It’s very much based on ‘are you willing to share and do you trust each other? Are you competitors or are you colleagues?’ ”

Rnjak says Alberta has the distance issue which would make collaboration more challenging, but plant-protein industry associations like PPAA could lead the way.

This story is part of a series exploring the relationships and opportunities with our trading partners: 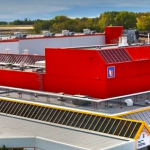