It’s a fusion of gluten-free and vegan eating grounded in the knowledge of the benefits of all-natural food products. And Calgary-based Little Tucker offers a twist on the traditional energy bar: plant-powered energy balls. 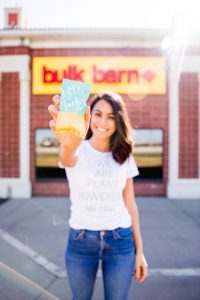 Founder Laura Incognito grew up in Australia where “tucker” is slang for food. She moved to Calgary and founded Little Tucker in 2015. Having been raised in an Italian household surrounded by plentiful, healthy food harvested right from her grandparents’ garden, it became a passion to make wholesome, plant-based foods more accessible.

Little Tucker began as a hobby creating snacks right in Incognito’s own kitchen for sale at farmers’ markets. Jump ahead four years and the company’s four flavours of energy balls and its much-talked-about Snickaroo Squares have been called “plant-powered” and “super food.” These snacks are plant-based and free of dairy, soy, sulphites and refined sugar. They’re also crafted in a certified gluten-free kitchen. The only sweeteners are dates and pure maple syrup.

“In Australia, snacks like these are really, really popular. I was really used to having access to snacks like that, and you can find them in cafés and grocery stores back home. Then when I came here, I couldn’t find them. I kind of missed them and so I started making them myself.” 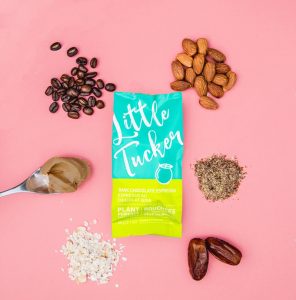 In just four years, Incognito went from selling dozens of energy balls on a regular basis to thousands of them. Little Tucker products are now sold in 1,500 retailers across Canada and manufacturing has moved to a much larger facility in Vancouver.

The success of Little Tucker got a boost from District Ventures, a business accelerator program founded by Calgary business leader Arlene Dickinson. This resulted in Little Tucker launching in Sobeys and Safeway stores in Alberta, then expanding across the country.

“The opportunity allowed me to have funding for equipment and machinery that basically increased my manufacturing capacity tenfold, and I got Canada-wide distributors and a sales team across the country.”

District Ventures coached Incognito on approaching retailers and brokers to increase her sales and distribution. She also refreshed her packaging.

“Our packaging needed a rebrand for several reasons. First, to help extend the shelf life and quality of the product. The new material will help keep the product nice and fresh, and help Little Tucker expand into grocery stores and retailers across the country,” says Laura.

She adds that as Little Tucker moves into its next stage of growth, she wanted the packaging to better reflect the brand’s colourful and fun personality – thus the new bright and playful design. 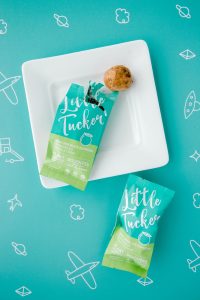 “Sales of plant-based alternatives are growing year over year,” explains Jason Berenstein, District Ventures Capital partner. “We invested in Little Tucker as we view the company as a leader in the newly formed plant-based snack category and we’re optimistic for the future growth of the company.”

Incognito has enjoyed being part of the trend of the growing shift towards plant-based diets.

“When I started this in Calgary four years ago, I remember I would go to the farmers’ markets and my signage would have the word ‘vegan’ on it. People had no idea what the word even meant and I’d have to explain,” she recalls. “It’s been really cool to be part of that change and to see how being plant-based is more widely accepted and how consumers are looking at the bigger brands and demanding that they have plant-based options. “

She’s also proud of the fact that two Little Tucker flavours are still the original recipes developed right in her own kitchen: crunchy peanut butter and salty caramel.

It’s been an exciting leap from crafting snacks in her home for farmers’ markets to preparing products for mass market in just four years. It’s also evidence of the growing shift in consumer preference and a sign of what’s to come in the industry of the plant-based food industry.

Jennifer Allford is a freelance writer based in Calgary, and is a columnist with the Calgary Herald and a contributor to other newspapers and magazines. 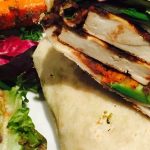 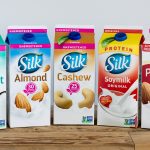