With value-added processing and new technology, farmers and processors can sell all components of the plant

The pulse (pun intended) of the agri-food sector in Western Canada is being quickened by the rising potential of plant protein.

The fast-growing demand for pulses is driving steadily increasing seeded acreages of those crops. 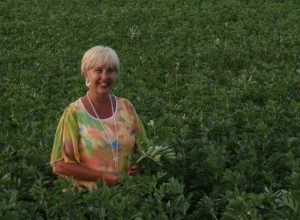 Allison Ammeter, chair of the Plant Protein Alliance of Alberta (PPAA) and director of Alberta Pulse Growers and Pulse Canada, says a couple of years ago Alberta went past two million acres of pulses. The chair of the pulse growers at that time recalled being warned in the 1990s that going over 100,000 acres would saturate and destroy the market, she says.

Pulses are the dried edible seeds of the plants in the legume family. There are 11 types of pulses, the five most common grown in Canada are dry peas, lentils, dry beans, faba beans and chickpeas.

Fresh peas and beans, soybeans and peanuts are not pulses.

Pulses are very high in protein and fibre, and very low in fat. They are also nutrient dense, containing important vitamins and minerals like potassium, magnesium, iron, zinc and folate. Economical and versatile, pulses are widely cited as being part of a healthy diet that can help reduce the risks of chronic illnesses such as obesity, high blood pressure, diabetes and heart disease.

But only a couple of generations ago not many Canadian farmers were plunging into the pea and lentil field.

Alan Hall, chief operating officer of PPAA, says before the 1970s farmers might plant red clover as a rotation crop to enrich the soil on their grain farms. They would plough it under at the end of the season.

In the 1970s and 1980s farmers began to see virtue in ensuring all the crops they planted could produce a return.

“The farmer saw potential economic benefits of diversifying their crops. At the same time, the University of Saskatchewan and Ag Canada had two or three scientists that felt the same way and they got to breeding these crops,” says Hall.

Canola, peas, lentils and beans began to take off through the 1980s as crop alternatives.

Rotating crops prevents single-crop diseases from taking hold and pulses have nitrogen-releasing properties that improve the soil, reducing the need for fertilizer in subsequent years.

She says there was another factor driving interest in pulses decades ago.

“During the time when the wheat board had a monopoly we could not control our prices at all on the major grains we were growing. When pulses came in and farmers could diversify what they were growing and sell it for cash, it made a huge difference.”

Hall says peas are popular in the parkland region of the prairies. They thrive in cooler climates and with irrigation. Alberta government figures for 2016 show field peas accounted for more than 70 per cent of the value of pulse crops in the province, at $405 million, with lentils accounting for $109 million, dry beans at $45 million and faba beans at $10 million. Lentils are on the rise and popular in the dryer, hotter southern parts of the province.

Until recently most of the prairie production has left the region and the country as bulk commodities. Now processing plants are beginning to spring up to add value to the crops. They  break the commodities down into constituent parts to create higher priced ingredients and finished products.

Ammeter gives the canola sector credit for showing the way on the value-added front. She says from a start with canola crush plants in the 1980s the sector now exports half its product as oil rather than raw seed.

“Because of that canola is a higher value crop,” she says. “I believe a lot of that is because we’re adding value on the Prairies. There’s no reason we should be getting more than $6 to $7 a bushel for canola if we were just marketing the seeds, but because we’ve got crush plants we’re getting between $10 and $12.”

Ammeter hopes that when Roquette, a giant food processor from France setting up a pea plant in Portage La Prairie, Man., starts drawing on peas from across Western Canada, a similar price bump will happen.

With value-added processing and new technology, farmers and processors are able to sell all the components of the plant rather than just the high-value protein, says Hall.

“There are a number of plants being built on the Prairies right now that fractionate the product. It’s a little like a refinery — you bring in the oil or natural gas through the door and break it into its constituent parts and then the parts take on more value because they’re purified. Then you sell those parts to various other people who re-assemble the ingredients into whatever the whole product is going to be,” says Hall.

“You mill the pea and end up with a wet slurry. That slurry they would put through a series of processes that separate out the proteins in one pile, puts the starches in another pile, puts the fibres into a third pile. You can fractionate even further into the molecular level if you’re into very high-value type of end product.”

Ingredient-processing facilities are in various stages of development across Western Canada. Sprouted, a study completed in December 2017 by the Canada West Foundation, reported that Roquette’s Manitoba facility will be the largest global pea protein processing plant, with a start date projected in 2019. Portage la Prairie is also the home of Nutri-pea, an already operating wet milling and extraction plant, and Best Cooking Pulses, a long-time facility producing pulse flours and pea hull fibre. Two pea processing plants are being planned in Saskatchewan. 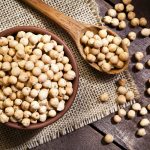 Who is PPAA?2018, Industry Stories 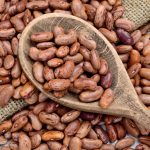